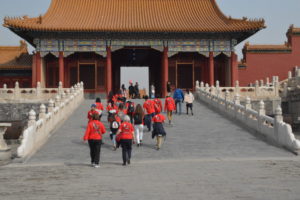 On Saturday, March 31st, we went to the Forbidden City and the Imperial Place inside it. It’s surrounded by Tiananmen Square, which is the largest square in the world. There were a lot of monument in the square that honored heroes of Chinese history. The Forbidden city was given its name on the fact that only three groups of people were allowed to enter and leave the city. These people were the emperor, the empress, and scholars. Tiananmen Square and the Forbidden City are so large that they can fit over 1 million people. This is truly an amazing sight that everyone should see. 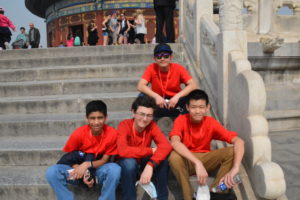 Taking it all in. 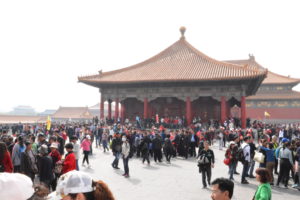 Inside the Forbidden City

1 thought on “The Forbidden City”