By Elizabeth Augustine. At first, I was not particularly happy about waking up at 5:00 AM, but it was worth it.  Our safari began very early because the animals are more actve at dawn and dusk.  It was quite cold and dark outside when we got on the bus to Pilanesburg, but by the time we arrived the sky had started to lighten.  It was still chilly and got worse when the safari vehicles started to move and the wind rushed past, but it wasn’t too bad.

The scenery was beautiful especially when the sky was changing colors for sunrise.  We didn’t spend much time looking at the sky though, since we were more interested in finding animals.  And find them we did; in three hours we spotted hippos, warthogs, a hyena, impala, kudus, giraffees, elephants, a crocodile, rhinos, a cape buffalo, zebras, and wildebeasts.  At one point our sarfi vehicle suddenly started drinving madly down the road because a lion had been sighted a mile or two away.  It was still there when we arrived along with two lionesses.  They came quite close to the safari vehicle.  They ignored us but it was still a little frightening.  We watched them for a long time, until they moved out of view presumably to hunt.

After our first safari we went back to the hotel for a few hours and did nothing that would interest you.

We returned to the safari at about 3 p.m.  We got into the safari vehicle and set off through the game preserve.  It was not as exciting as the first time because we had already seen most of the wildlife.  After a while, whenever someone spotted an impala or a zebra, no one gave them more than an unterested glance or perhaps an “Oh another zebra: they taste delicious. ”

We did spend more time enjoying the scenery in the evening, at sunset we drove to the top of a mountain and got out of the vehicle to take photos.  When the sun had set, we got back in the vehicle and looked for animals using spotlights.

We had dinner in the game reserve (we were told not to wander off by ourselves because we would be eaten) and spent some time singing songs around the campfire. And that concludes the tales of our adventures on the safari.
P.S. Any worried parents can relax – No one was injured, attacked, or eaten. 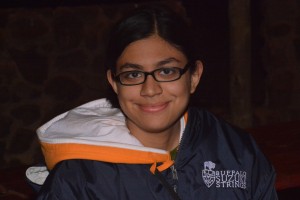 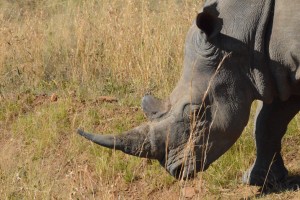 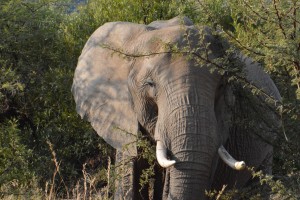 4 thoughts on “Tales of our Safari Adventure”